It’s one thing to do laps in the pattern or get out to your usual practice area to drill stalls, slow flight, steep turns … and a whole different animal when you get in a plane and take it far away from your home field to a completely new place.

The FAA requirements to train for your private pilot certification say 5 of your 10 required solo hours must be cross country (that is, a landing 50nm+ from your home field), and must include a cross-country solo of 150 miles distance with full stop landing at 3 points, with one segment 50 miles straight line distance between takeoff and landing.

You recall, we planned a set of those flights - on May 20th and 21st, the conditions finally came together for two of these magical flights to happen. Here’s how they went.

My first ever cross-country solo, this flight on May 20th had me headed up and back down the eastern shoulder of the Olympic mountains. We’ve got video, check it out:

It was a dynamic day - early clouds made for a challenging first leg with low-level VFR navigation, and unexpected parachute jump operations at Shelton raised the stakes for a first-time landing at an unfamiliar airfield.

Here are two big lessons and some photos from along the way.

Lesson One: Be Ready to Alter the Plan.

Hitting your numbers is great, but what you’re really there in the cockpit for is ADM: Aeronautical Decision Making. Altering the plan to remain safe and stay on mission when things don’t go as expected - that’s what the later parts of your private pilot training are really about. 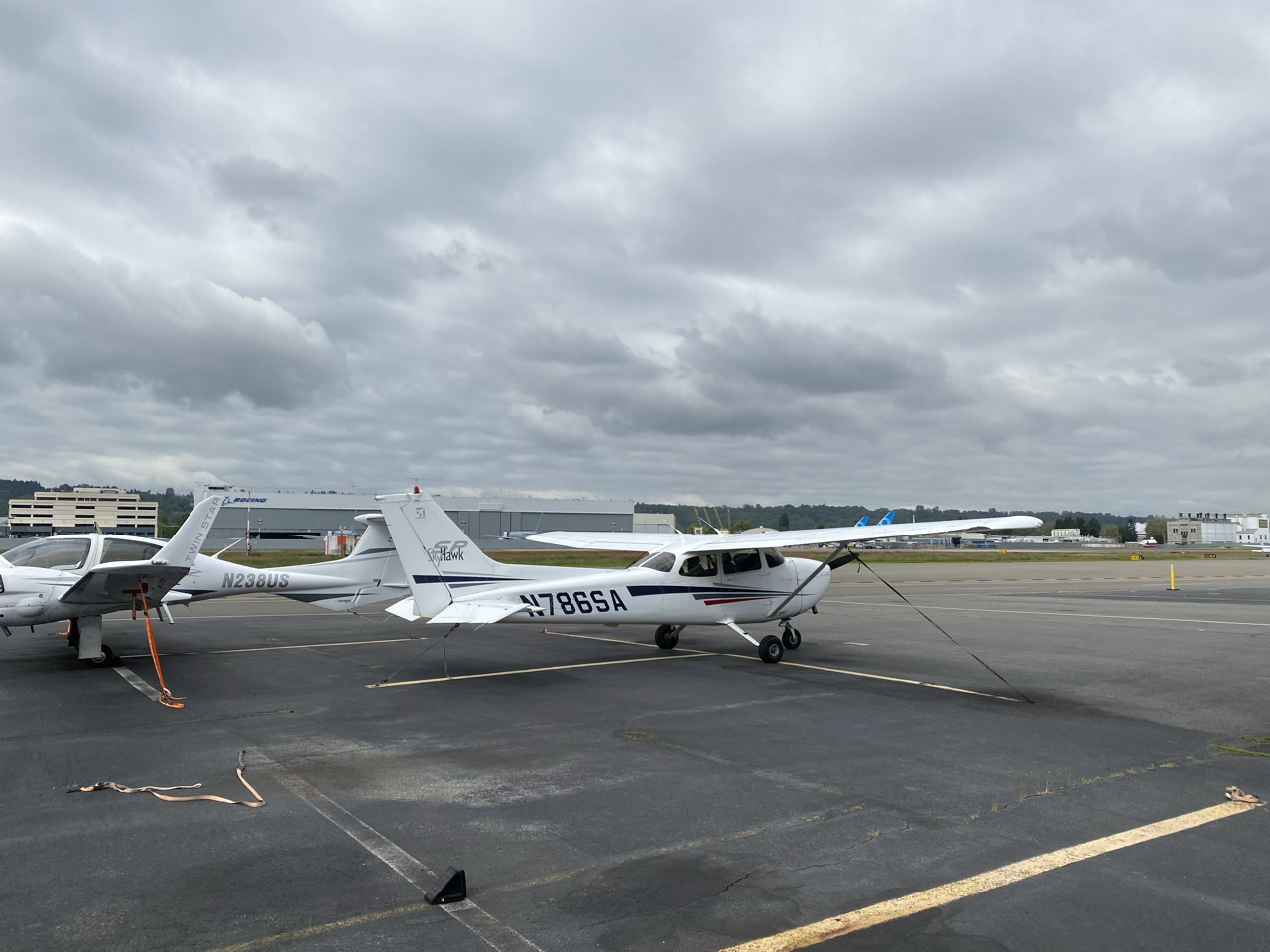 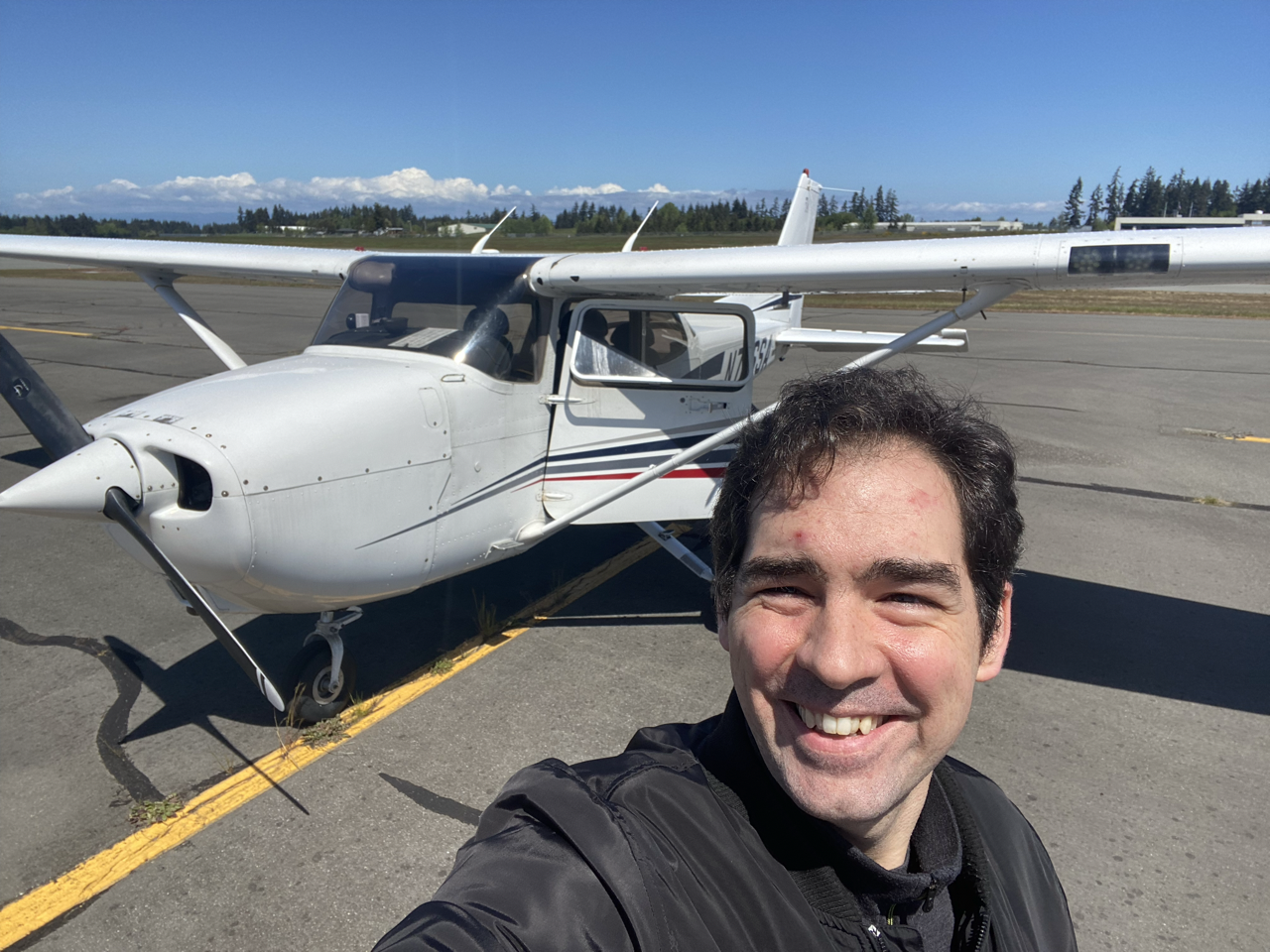 Similar to my “give yourself extra time” mantra, you want to use that time to make good decisions and prepare before taking action. Getting “behind the plane” and rushing through things increases the sense of task saturation and resultant overload, leading to bad decisions and loss of situational awareness - a prime factor in aircraft accidents. 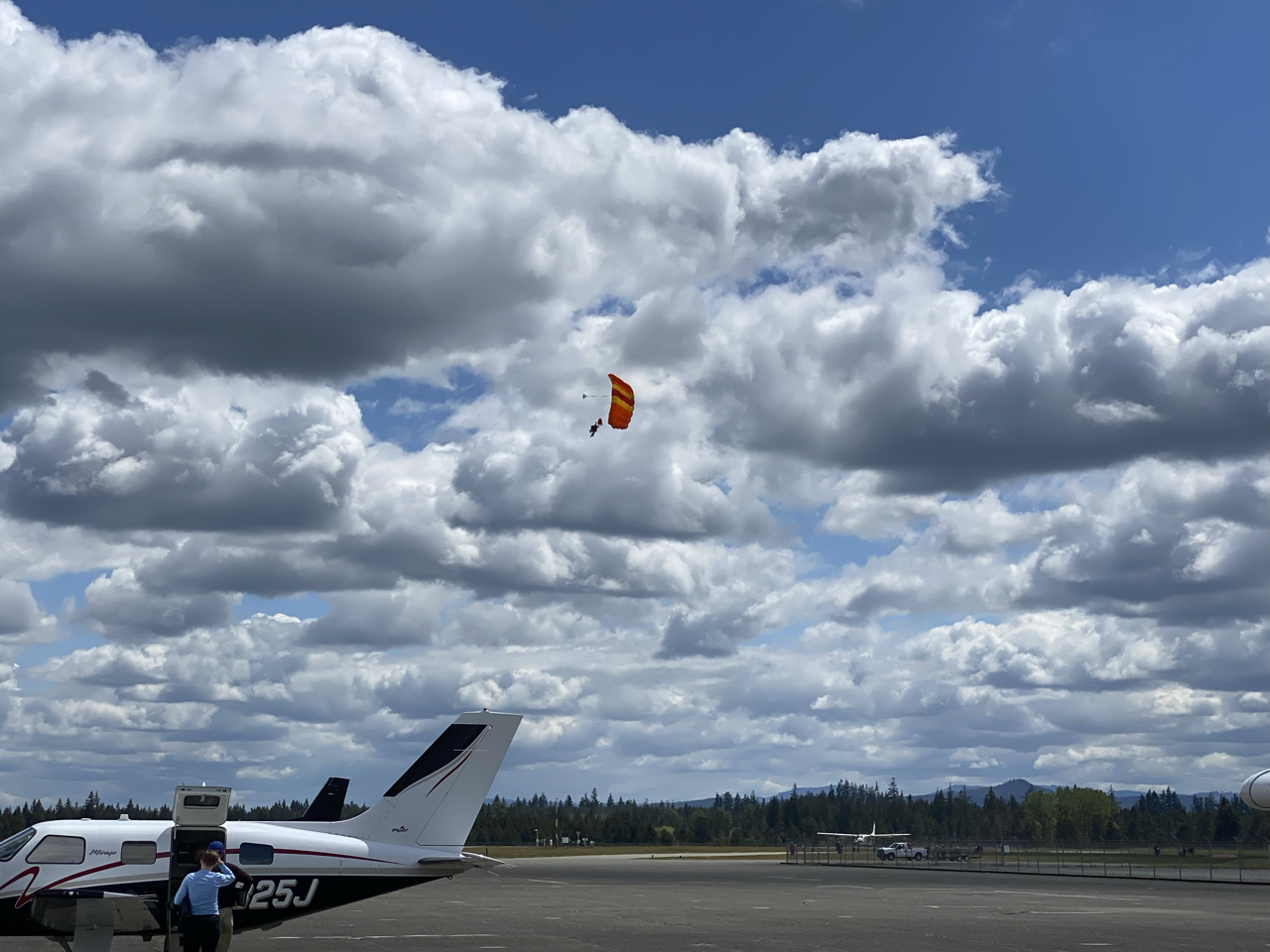 Here are some notes from the second and third legs that emphasize taking the time to get things right:

This second flight happened May 21, just one day after my first. No waiting around, it was up and ready the next morning with a new nav plan and ready to fly again. The weather cooperated a little better - at least, it did in the morning. We had clear skies out of BFI and I expected a fairly straightforward ride at all points.

It was a little more interesting than that.

First - I Simmed It.

Unlike May 20th’s Port Angeles to Shelton flight, where I went in without dedicated sim time, I was able to do a May 19th readiness simulator flight up to KBLI-KFHR which was a big help.

Lessons learned from the sim:

The Lesson: Stay on Top of Conditions.

There was gorgeous weather out to KBLI on the first leg, a very peaceful and strangely solitary flight up at 4500’ headed north, very little other traffic to contend with. Flight following warned me of parachute jump activity around Harvey, so was able to stay at least 5NM out of the way. Easy to spot visual nav aids like Burlington and Port Susan. 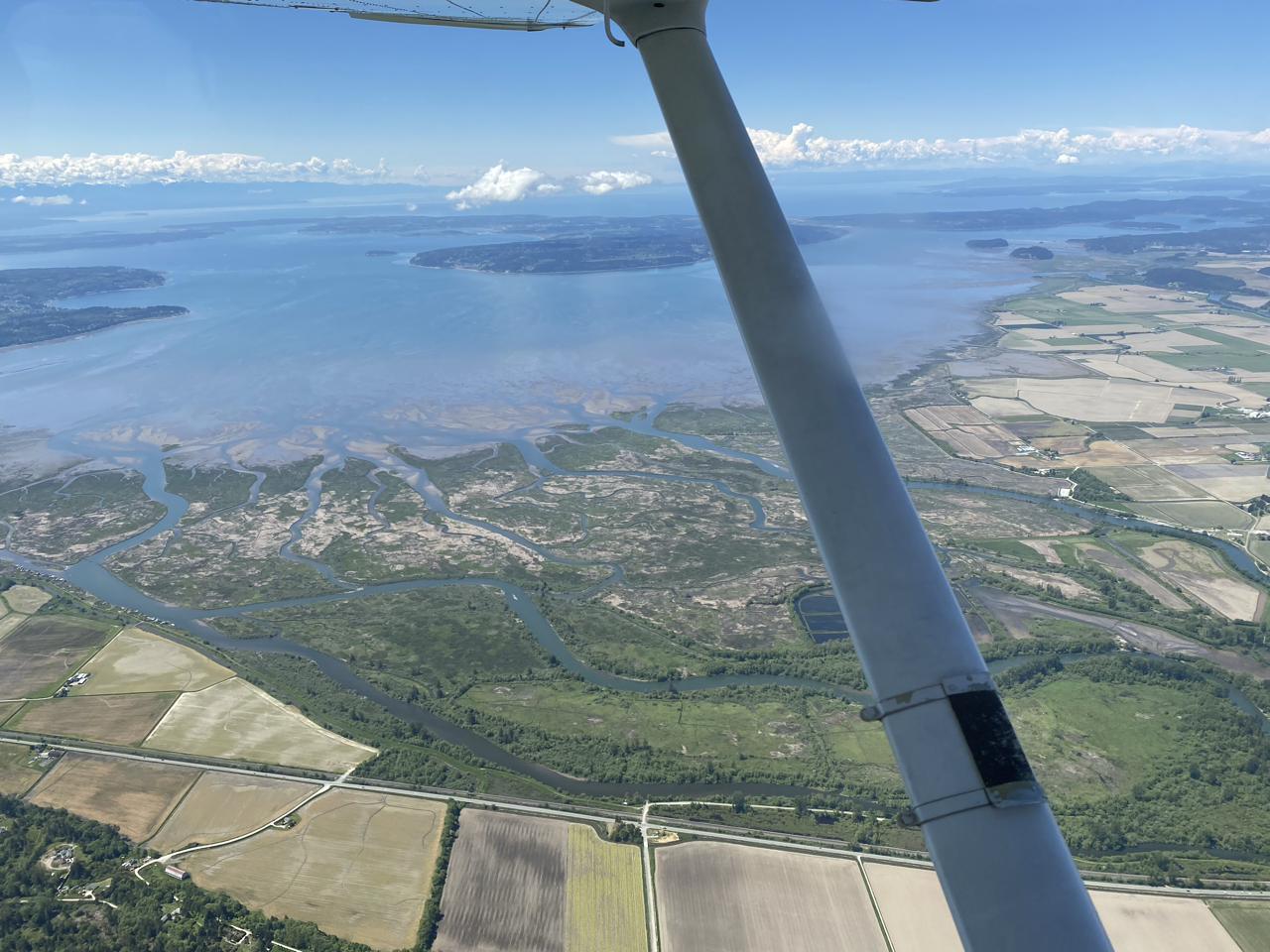 I had the opportunity to refuel and have a quick lunch in the company of some lovely neighbors out on the ramp at Bellingham. 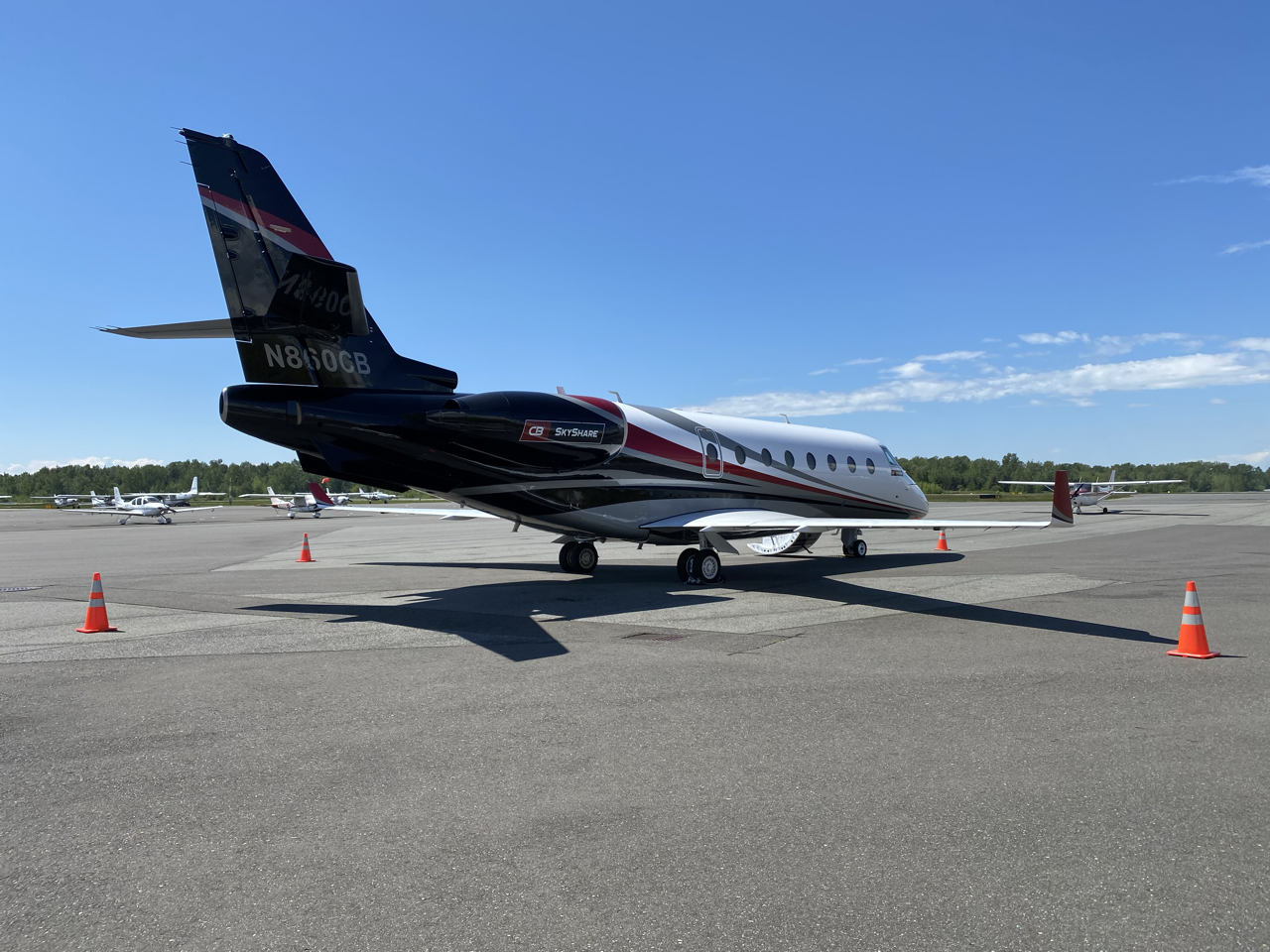 Even the KBLI-Friday Harbor leg wasn’t any trouble weather-wise. I got a good view of my favorite San Juans locale, Sucia Island, as I routed in for landing at KFHR. 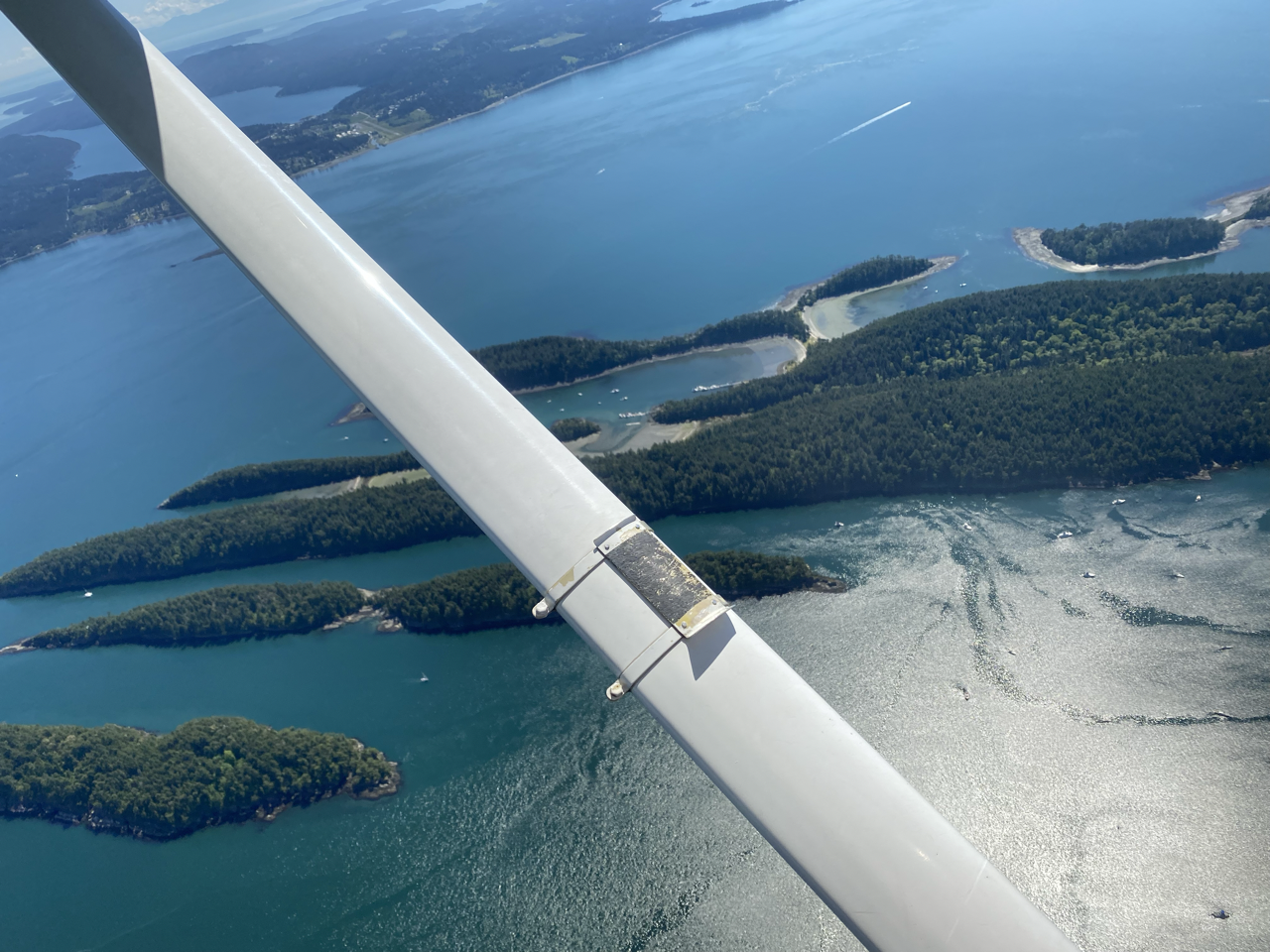 But conditions were changing around me, and when I touched down at KFHR I had text messages from my instructor warning me of a building convective system along the route I had come up just a couple hours previously. I looked east and could see the anvil clouds building. PIREPS over Skagit on my planned go-home route reported lightning in the area. 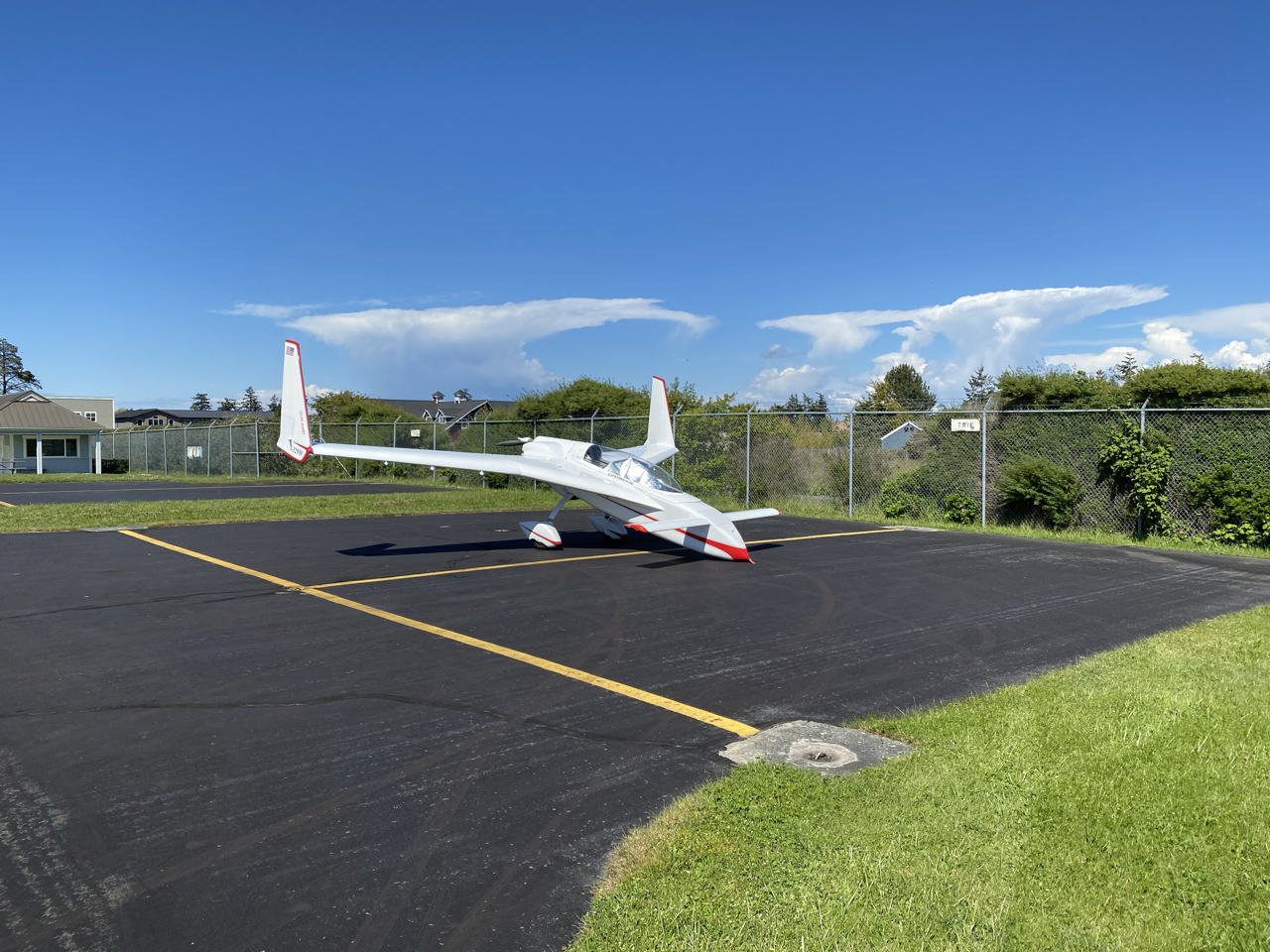 I grabbed my tablet and plotted a new return course home taking me just west of Whidbey island, staying near island airports all the way back home, but keeping me safely away from the convective area building inland where I had originally intended to route home.

Fortunately I had crystal-clear skies on that side so I could stay up high for maximum glide should I run into engine trouble, and this also made VFR navigation easier with more distance and better viewing angle to verify my landmarks. 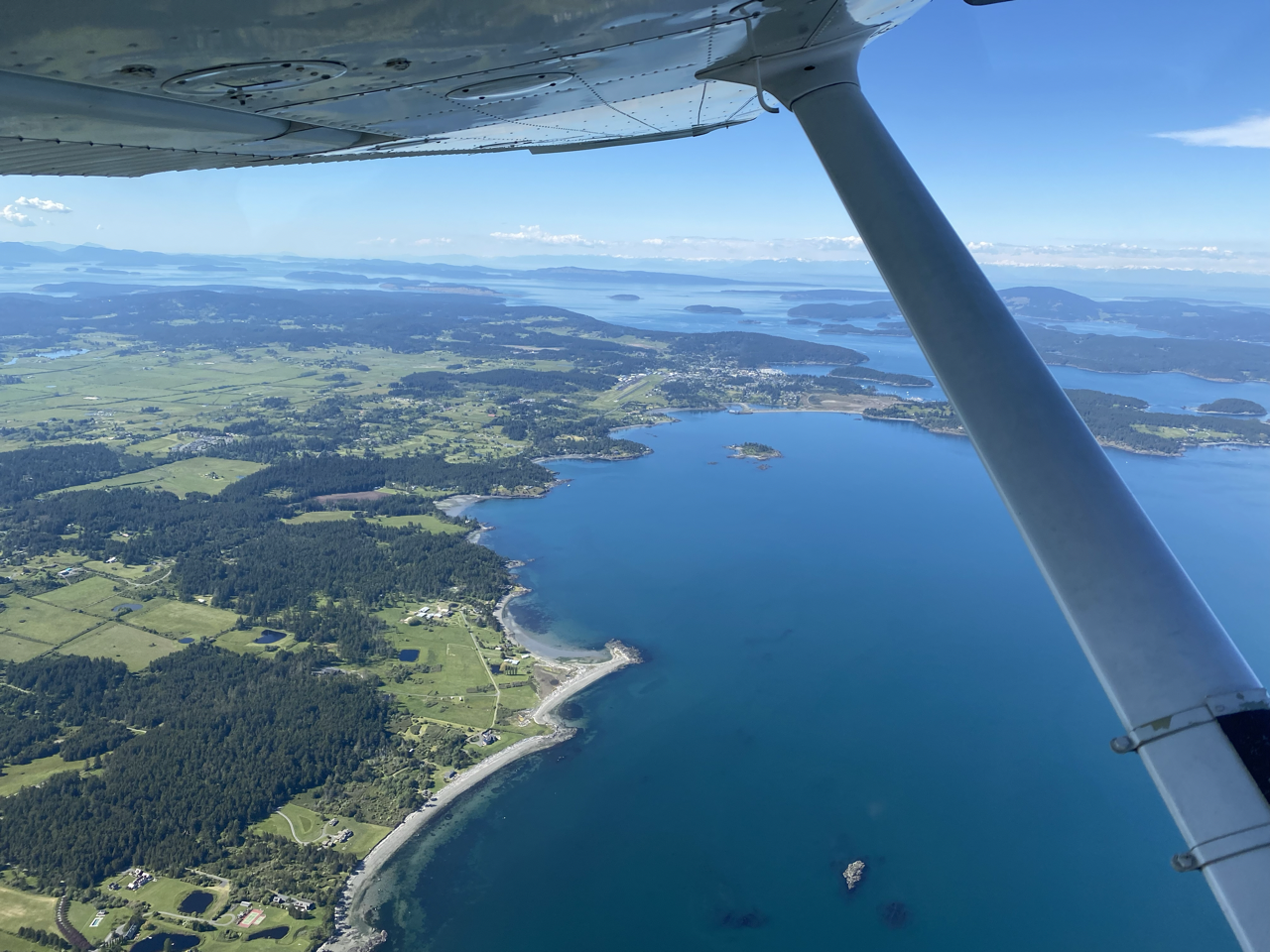 By the time I got back to Seattle crosswinds were increasing at KBFI and I hit what felt like low-level wind shear on final approach - possibly just mechanical turbulence - but pushing in a little extra throttle to keep up energy was a good idea to stay safe.

Sure enough, by the time I drove home, the maturing thunderstorm was incredibly obvious, towering over us, massive and dangerous, despite being just some immature convective clouds only hours before. 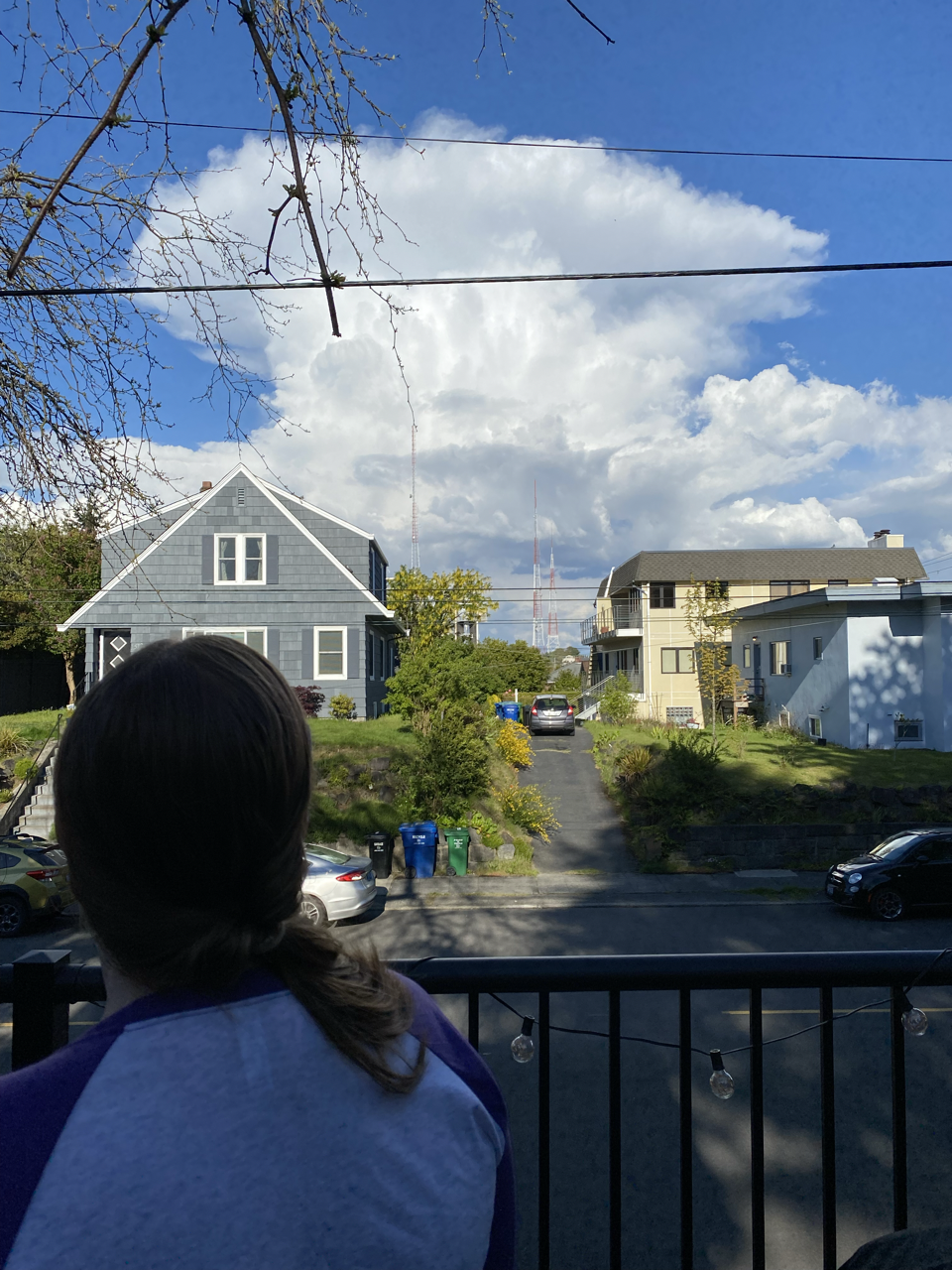 The overall lesson here - to recognize and respond to changing conditions - was well-learned. The thunderstorm alert out East was a wake-up call to never take any good weather for granted, and to always be thinking about what weather is developing around you, on your next leg, and on your route home - and what conditions would be sufficient to warrant changing your plan.

I was waiting for these cross-countries ever since I had my first solo. The opportunity to take up a plane and go somewhere including the challenge of planning for weather, fuel, and other factors was just too good to pass up. AOPA’s Sarah Deener wrote it well in her 2022 article about the concept of flow and why we love to fly.

My instructors emphasized that the learnings you’ll get from your solo cross-countries are uniquely valuable, and at least for me they were absolutely right. Not only did it validate all the trainings beforehand, the drills, checklists, mental models they burned into my brain - but it also helped me develop my own rules that shape how I process Aeronautical Decision Making, which is a unique combination for each pilot.

With these cross-countries done, all that’s left is “End of Course”, as they call it at Galvin: Readying for the Checkride. I’ll need to put these lessons together several more times both for Galvin’s instructors and for the dedicated examiner the FAA will send to certify me as a private pilot.

Personally - I’m looking forward to more cross-country time. This has been the most fun I’ve had flying yet.